From June 27 to July 1, the Coalition Against Hunger operated our first Summer Meals Pilot Site at Engine 61 Fire Station in the Olney section of Philadelphia. Throughout the week, we served more than 100 lunches, thanks to the sponsorship of Nutritional Development Services at the Archdiocese of Philadelphia. Previous research had shown that Olney had the largest gap between children that could benefit from the free meals and the number of children who actually participate in the program. This, along with the public school system's summer break beginning the week prior, made Engine 61 a perfect fit for our pilot site. We were hopeful to fill this gap and provide other valuable food resources to this community that is often heralded as one of the most mulitcultural in the city.

The site attracted both parents and children, which allowed us to effectively connect the families with food resources specific to their neighborhoods while the kids were eating and participating in an activity that promoted healthfulness and wellness. Many of the families came the entire week.

There were also daily activities planned for the children, which included a lesson on farming and farmlands accompanied by apple taste testing, multilingual books for the children to take home and read, MyPlate activities and coloring sheets to encourage healthy eating, and an "Identify the Vegetable!" box for the kids. We've never seen a group of kids go through a box of chalk so quickly, but thankfully we also got to relive our childhoods and draw on the cement before it vanished completely. 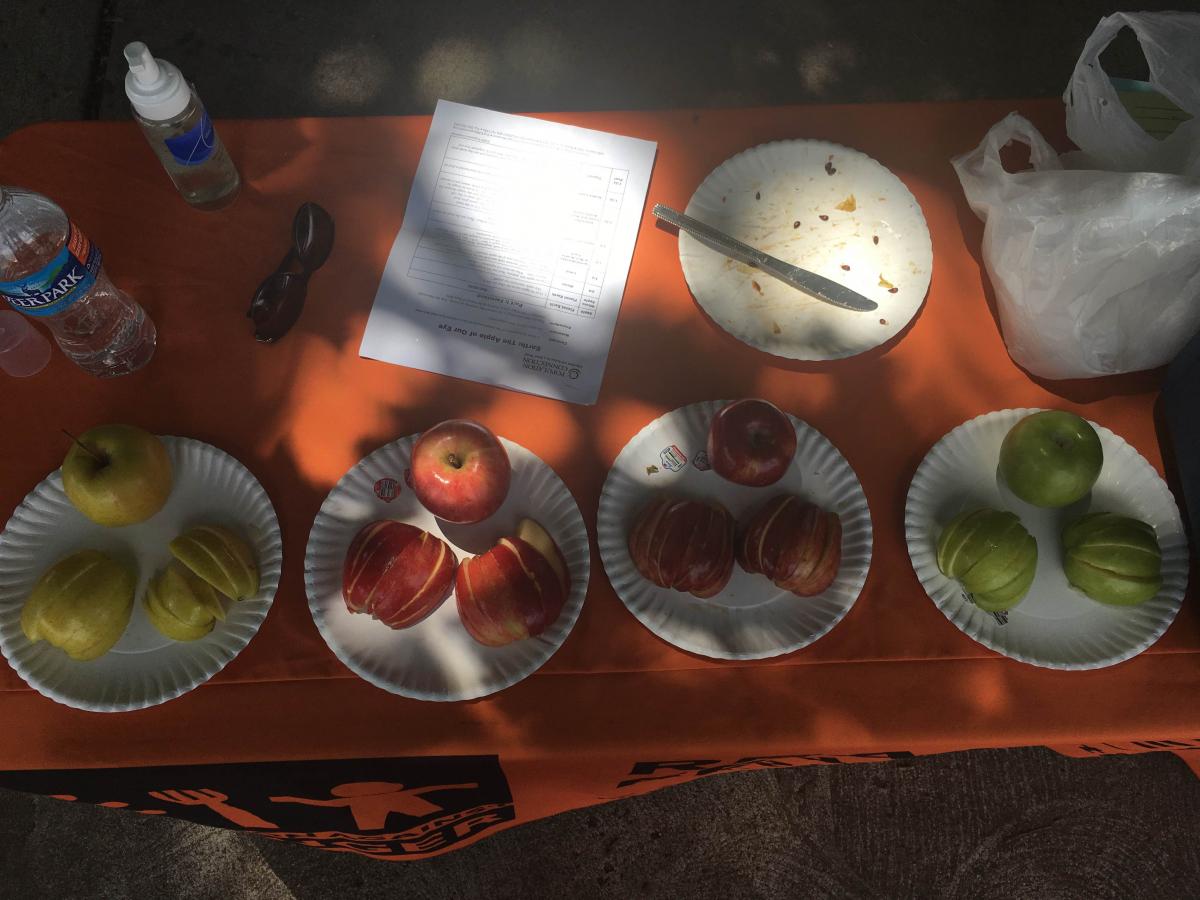 The summer meals program provides a vital service for these communities. Even though not many will have the staff and resources to have planned daily activities and food guides for the parents, they are all helping to fight the childhood hunger that is all too prevalent in Philadelphia during the summer. Thank you to Chief Woodhouse and Engine 61, which proved to be incredible hosts and extremely committed to ensuring children in the neighborhood have the food they need to lead healthy lives!

Being able to interact with both the children and the parents was great, and we are excited for an even larger response for our second pilot at the firehouse, which begins this Monday, August 22 and will run through the week!